Just some photos of my day helping the neighbour with his cattle and it just happened to be my birthday. It was absolutely fabulous to feel useful for a few hours.
Clifford drove the cattle up the road from his place and I took over at Murray Taylor. He was on horseback, Samwise Gamgee and I were in the truck.

There was a troublesome white fella, with horns who caused me a bit of concern. He took the herd off the road for a drink and a munch on some snow covered … grass…if you can call it that? Long grass. Dead looking grass. Shrug, they seemed to like it. I wondered for a bit if I could just leave them there? But we hadn’t been on the road that long. I decided to carry along down the road to the cattleguard that Clifford told me about; see how far away we were from their destination.

Yea, so got to the cattleguard a further 3 kilometres along. Argh. Couldn’t really see how to turn around because you know, I’m a bit of a newb; well that and the snow was pretty deep so I couldn’t really see where the ditch was, if there was a ditch? I have only been down the Tsuniah Lake road a few times, once completely by accident, so I don’t really have any landmarks memorized. So  I carried along, looking for the one big open spot I knew of where I could turn around; that was a long drive! Well, not that long – let’s just say that by the time I got back to the cattle my reset odometer read fourteen point something kilometres. Oh, and can I just say? So thankful the road was mostly frozen and covered in 15 centimetres of snow because man, there were a few dodgy spots that had they been muck? Not sure I would have carried on! I have this weird fear of water and yes, deep water and muck in puddles counts as water in my books!

Anyway, I got back to the cattle and realized I was going to have to …shoo…them along. They had hopped off road, were in a tight little bunch, munching away on their snack. Now Clifford said that I could maybe throw a stick in their direction to move ’em along, holler at ’em but my baseball arm isn’t what it used to be…
I broke a branch off a fallen tree that added about a metre to my height; leashed up Samwise Gamgee and got him out of the truck and the two of us, with some trepidation on my part, approached the herd of cattle. The odd one looked up at us and then went back to snacking.  Okay…SPEAK, Sammy!  What a good dog! He spoke. And he stuck to my side, for which I was thankful; Sammy often has a mind of his own and takes off, chasing down shadows so I was super impressed with his behaviour. Good dog!
Feeling confident with Sammy at my side I approached the cattle, swinging my stick in the air ( reminded me of warding off freakin’ horrid Aussie magpies…really dislike those birds!) giving a whoop and a holler, ” Come on, move along! Woot, woot!” Most un-cowboy like herding words I’m sure but hey, I got them moving! One by one they picked their way back up to the road; just two young gentlemen remained and they were giving me the supreme stare down…just glad they didn’t have horns! Sammy barked at them and they disdainfully joined the rest of the group up on the road.

I followed them as they made their way up the road. They naturally seemed to know where they were meant to be; I didn’t panic when they decided to leave the road again about half a kilometre from the cattleguard because, having just driven that stretch of road, I knew there wasn’t an opening closer to the cattleguard. Our job done Sammy and I headed back towards home. I have to say that I have always loved cows; they have such beautiful, big, soulful eyes! And their lashes! So, so beautiful! My Dad used to sell Pacific Harvesters back in the day so we got to see dairy cows, up close and personal, throughout the Fraser Valley.  I was very pleased to meet Clifford and Allyson’s cow earlier this year, never dreaming that I would get to lend them a hand! So pleased they asked.

Anyway, I remembered hearing Luke speaking with Clifford about needing to lay tracks over the hoof tracks the cattle had just made so I passed our turn off and continued on down along the road, smoothing out our tracks before the hoof tracks froze solid making for a bumpy ride. Oh, I should mention that now that the roads are frozen and snow covered? Much nicer to drive on! Still a few big puddle areas where you have to take the dips slow but no more sinking up to the chassis in muck! Not sure if our Caribou prefers the sloppy muck or the frozen underbelly?

Anyway, it was a gorgeous sunny day and I loved giving the neighbour a hand.
Hope you enjoy the photos. 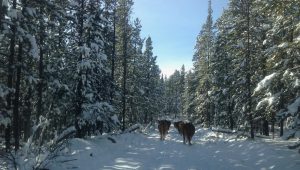 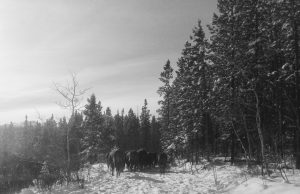 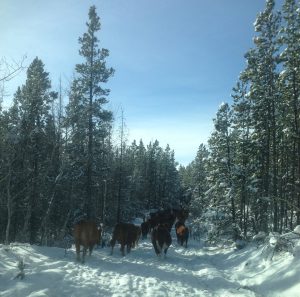 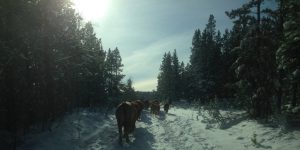 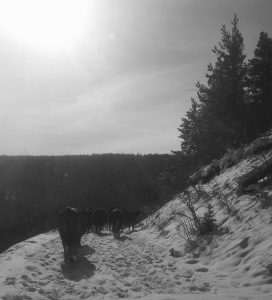 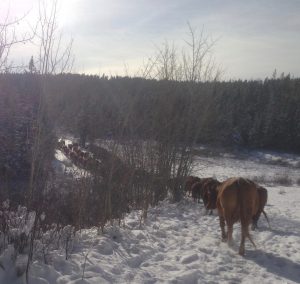 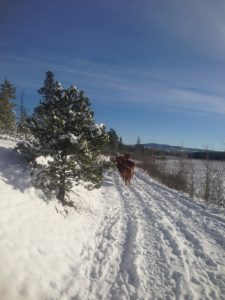 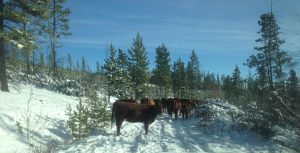 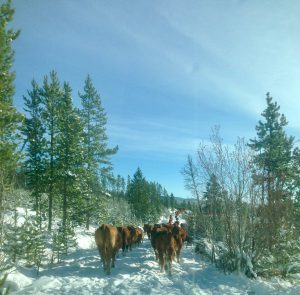 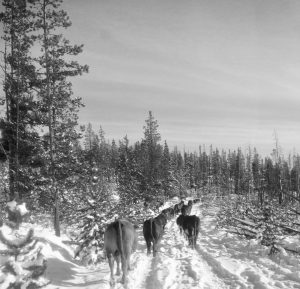 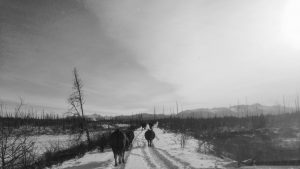 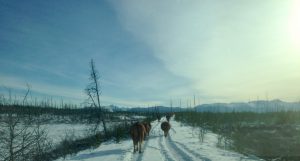 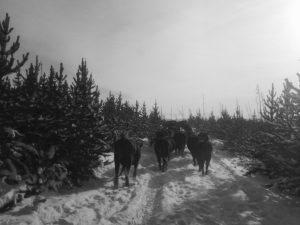 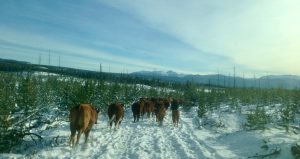 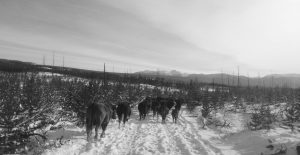 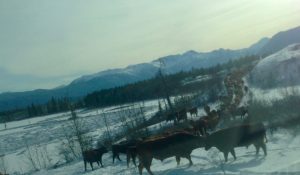 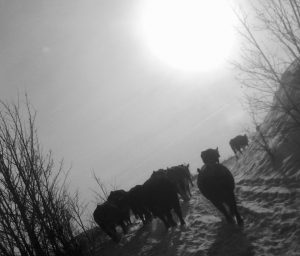 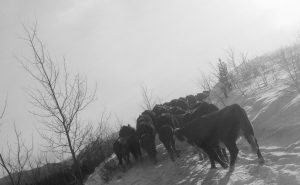 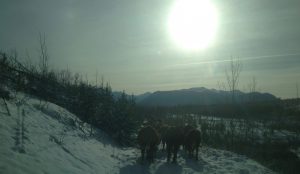